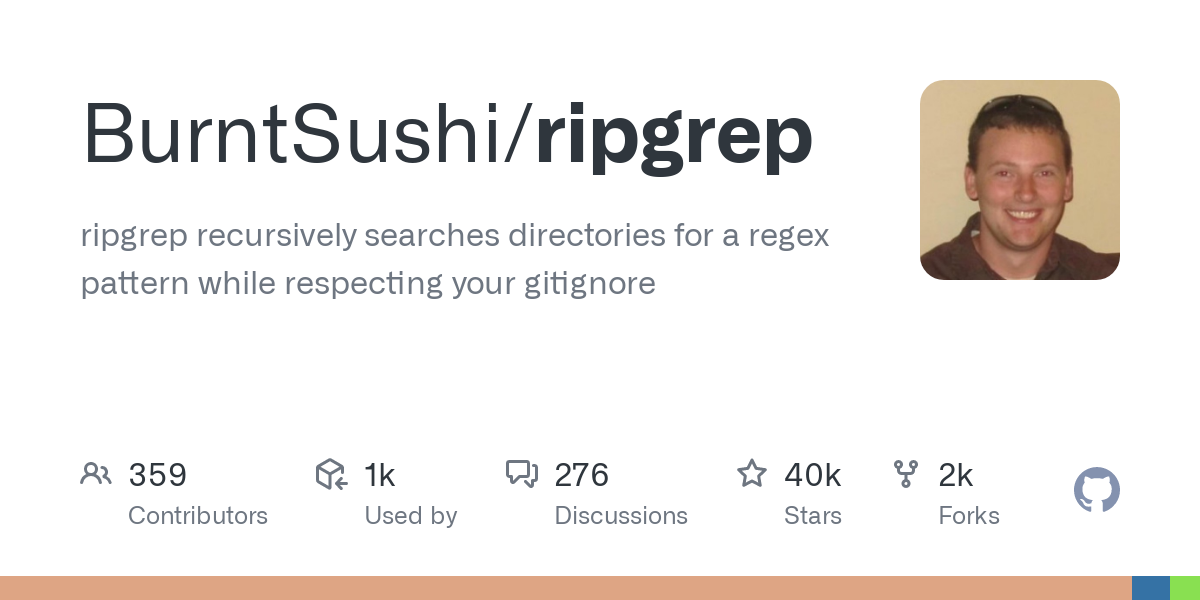 ripgrep 12.1.1 is a patch release that fixes a couple small bugs. In
particular, the ripgrep 12.1.0 release did not tag new releases for all of its
in-tree dependencies. As a result, ripgrep built dependencies from crates.io
would produce a different build than compiling ripgrep from source on the
12.1.0 tag. Namely, some crates like grep-cli had unreleased changes.

In case you haven’t heard of it before, ripgrep is a line-oriented search
tool that recursively searches your current directory for a regex pattern.
By default, ripgrep will respect your gitignore rules and automatically skip
hidden files/directories and binary files.